Strain the yogurt in a cheesecloth lined strainer over a large bowl for about 2 hours. When ready to cook, preheat the oven to 425 degrees. Line a strainer with paper towels , pour in the potatoes to  absorb excess moisture,-potatoes should be dry. In a large bowl beat the egg, add the potatoes, the strained yogurt, 2 teaspoons olive oil, salt and pepper. Mix well. Turn onto a parchment lined pizza pan and press down with a fork to evenly distribute the potato mixture. Bake for 30 minutes or until nicely browned. Remove from the oven and add toppings.

Use a pastry brush to brush the potato surface with olive oil. Spoon tomatoes evenly over the crust, sprinkle on the spinach leaves and olive. Top with the Cheese. Bake for another 10-15 minutes or until the cheese is lightly browned. 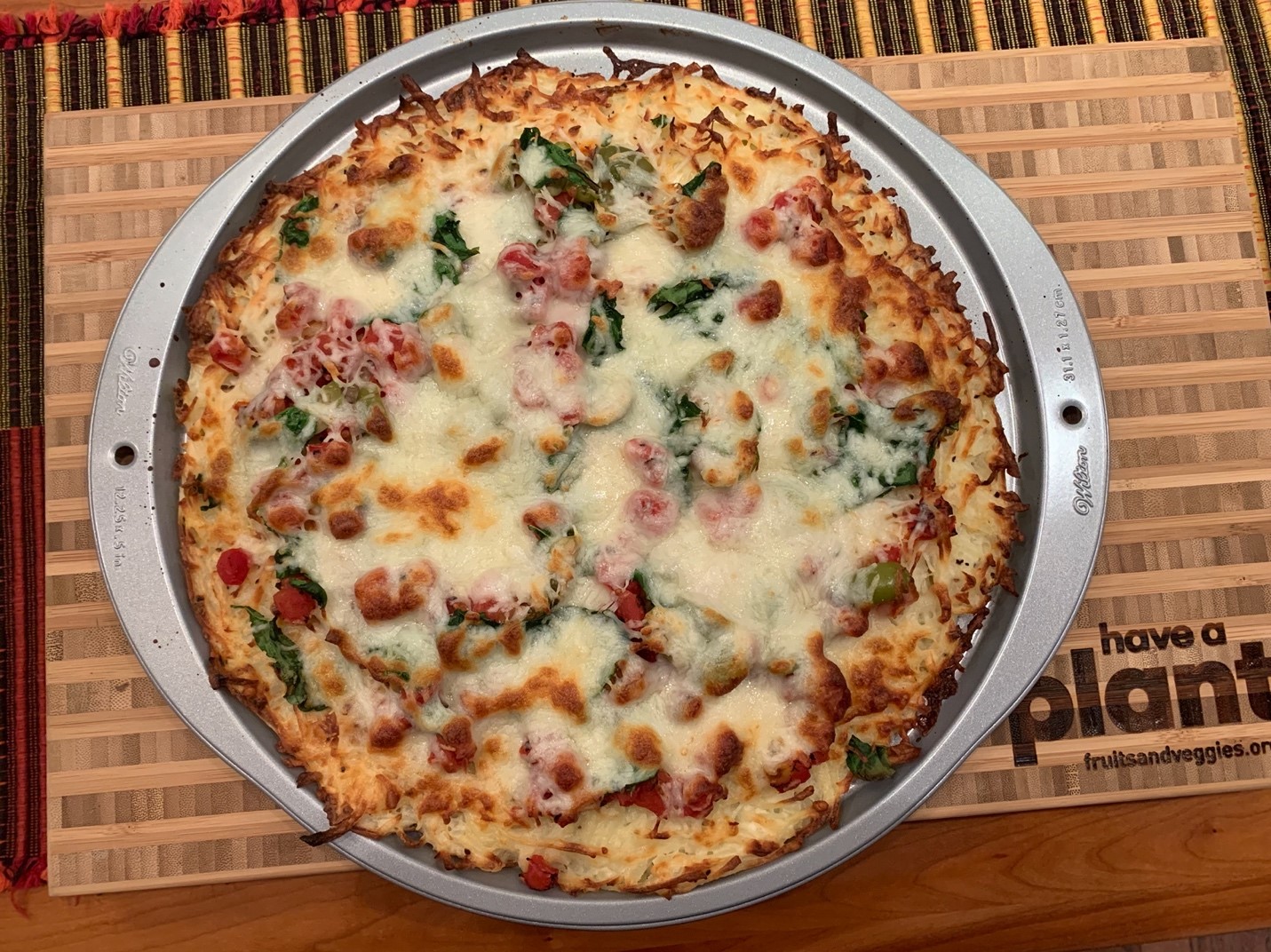